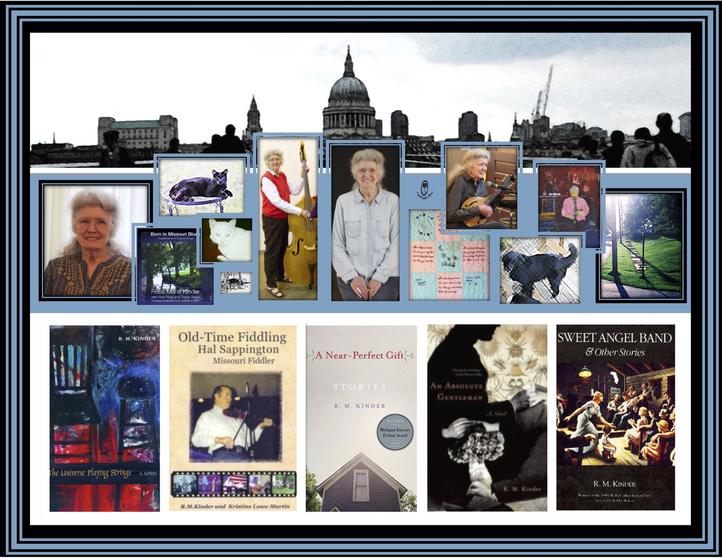 From 1989 to 2002, Kinder was a professor of English at University of Central Missouri. Her teaching areas were literature (emphasis on women writers in the US and worldwide) and creative writing. She was Coordinator of Creative Writing, editor of Pleiades literary journal, and established Pleiades Press. She is now editor emerita of the journal.  She has also served in an advisory capacity with New Letters journal and BkMk Press and is a co-editor at Sweetgum Press and Cave Hollow Press, both of which promote regional writing.

An avid amateur musician, Kinder plays acoustic bass, guitar, mandolin, mountain dulcimer,  a bit of ukulele, harmonica, and is attempting the fiddle. She collects Greek and Roman coins. She is also a videographer. Her YouTube channel (rosemariekinder) features regional musicians, including those who participated in the New Harmonies Roots Music Project, a project coordinated between the Smithsonian and local communities, here the Johnson County Historical Society, in 2009 . Other interests include languages, drama, opera, natural sciences, folk lore, animals (including humane treatment of them), comparative religion, serial killers, ghost hunting, history of witchcraft, pop culture.