Willa Cather Award, Helicon Nine Editions, 1991.
R. M. Kinder has a near-perfect ear for the intransigent individual voice. She presents her male and female narrators with such well-balanced authority that it would be difficult to guess her own sex by listening to her characters.
—Madison Smartt Bell, New York Times Book Review

There's a rather chilling matter-of-factness to the violence in Rose Marie Kinder's first short-story collection, Sweet Angel Band & Other Stories. These acts of violence are contemplated and accomplished with a suddenness that startles but somehow doesn't surprise.
—Jeffrey Ann Goudie, Kansas City Star

At their best, these hardscrabble stories—grounded in bleakness but with moments of beauty—have a delicacy of vision and acute sense of place reminiscent of Olga Masters. —Kirkus Reviews

"In the war, Michael had seen a soldier cut off a little girl's head in one fell swoop. He remembered that. . . .Then he posed for a picture. Who took the picture? Michael. Was that right?" Not all of the stories in Sweet Angel Band contain this sort of violent imagery —in fact, many of them are gathered around three generations of a single Missouri family whose lives are familiar and marvelously understood—but anyone who can open a narrative like this, and then go on to tell a story that isn't overwhelmed by such initial horror, is an author to be attended to. . . . This is a talented writer; this is a joyous book.
—Robley Wilson 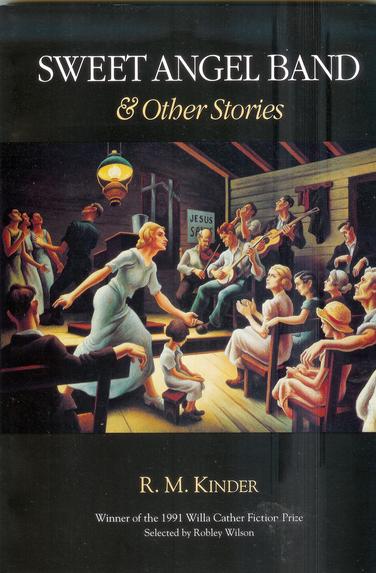 Out of Print at Helicon Nine

Paperbacks available from the Author