Booklist  "chilling in its normalcy, haunting in its intensity, and stunning in its portrayal of sheer, sadistic, madness. . . a pitch-perfect rendition of the cunning malevolence that can lie hidden beneath the guise of refined civility."--Carol Haggas

Publishers Weekly  "you may never look quite the same way at that punctilious little man down the street. . . . this artfully told tale of psychological suspense is as gripping as the spider webs Blume is so fond of studying."

“This book is thrilling. The world seen through the eyes of a serial killer is perfectly realized. The suspense builds fast, and you won't want to stop reading. Bravo for R.M. Kinder's fine writing.” —Leslie Marmon Silko, author of Almanac of the Dead and Ceremony

An Absolute Gentleman is a subtly, even delicately told horror story filled with heart breaking insight, humor and suspense all rendered in a darkly lyrical, convincing prose. By balancing such disparate elements like a magician, R.M.Kinder has produced an authentic and deeply resonant work of art."— Richard Burgin, author of Ghost Quartet and The Conference on Beautiful Moments.

“More than just a portrait of a monster, An Absolute Gentleman captures a serial killer's essential humanity as well as the chilling vacancy at the core of his personality. R.M. Kinder’s graceful portrait of small-town America is a taut, suspenseful narrative with an unforgettable cast of secondary characters.” —Barry Siegel, Pulitzer Prize winner and author of A Death in White Bear Lake.

“An Absolute Gentleman is a stunningly evocative, insightful, and terrifying look into the darkest corners of deviance. Beautifully written and all the more chilling for that." —Jonathan Kellerman, author of Obsession and Gone.

" In An Absolute Gentleman, R.M.Kinder does not give us the obvious, the pulpy, the melodramatic, the blurred and derivative outline we already know about the serial killer. She follows a much more difficult and truer road. One heartbeat at a time, she takes us into her character until we recognize the killer, who is, inevitably, us. Her deceptively simply prose distills from the highest form of writerly experience, her having lived out every syllable." —C. E. Poverman, author of Skin and My Father in Dreams.

“An Absolute Gentleman is an engrossing, then a startling book, both readable and compelling. R. M. Kinder gets better with each book." —Larry McMurtry, author of When the Light Goes

"In this chilling, beautifully written, and affecting debut, R. M. Kinder gives us a view of a serial killer that is at once deeply compassionate and utterly unsparing, Arthur Blume pulled me into his world of quiet desperation on the first page and held me spellbound to the end." — Patry Francis, author of The Liar's Diary

"I plowed through this in an evening, finishing around midnight, and was subsequently so horrified by Kinder's placidly evil character that I spent the next few hours huddled under the covers with my drooly cat, reading children's stories..." 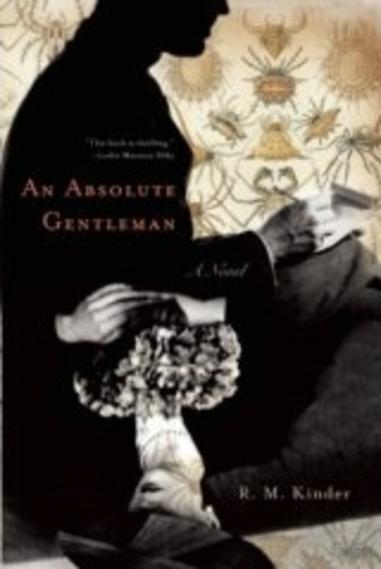 A spine-chilling first novel loosely based on the author's real-life relationship with a convicted murderer, An Absolute Gentleman  delves, with subtlety and tremendous psychological insight, into a serial killer's mind.