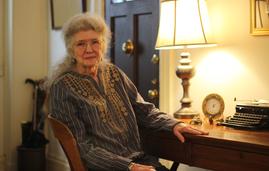 From 1989 to 2002, Kinder was a professor of English at University of Central Missouri. Her teaching areas were literature (emphasis on women writers in the US and worldwide) and creative writing. She was Coordinator of Creative Writing, editor of Pleiades literary journal, and established Pleiades Press. Currently editor emerita, Kinder still reads for Pleiades journal and press. She also serves as advisory editor with New Letters journal and BkMk Press and is a co-editor at Sweetgum Press and Cave Hollow Press, both of which promote regional writing.